‘Finally, A Better Solution Of…’; Netizens React As Uorfi Javed Made Her Outfit With A Garbage Bag!

Uorfi Javed, a ‘Bigg Boss OTT’ contestant, seems to drop a new fashion bombshell every day. Nobody knows when or what Urfi will wear in front of the camera. She always manages to surprise people with her fashion sense. Urfi, who is known for her outrageous fashion, has once again proved her mettle. You’ll definitely grab your head if you see her outifit this time.

Urfi made herself a dress out of garbage bags.

Urfi Javed has updated his Instagram with a new video. You’ll be forced to hold your breath after seeing her dress in this video. In Urfi’s new video, you can see that the item he used instead of clothes this time is used by people to store garbage. Urfi made herself a dress out of garbage bags. Urfi is seen in the video thinking about the garbage bag in the first video and then suddenly wearing a skirt and top made of it in the second video. She’s made two outfits for himself out of this black garbage bag. 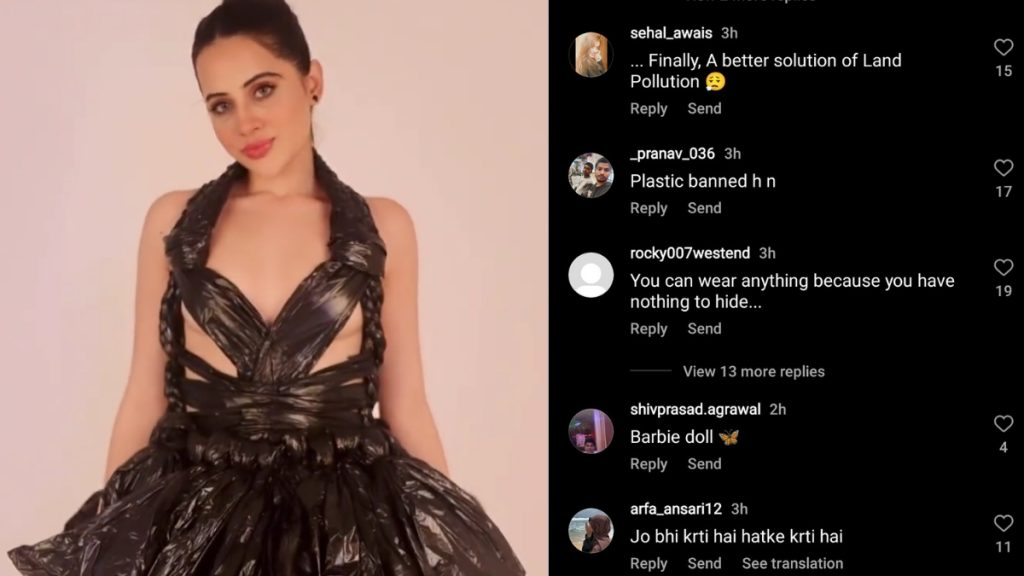 As is customary, Urfi Javed’s video is going viral on social media. Users are seen trolling her again by commenting on this video. A user commented on Urfi’s appearance, saying, ‘Kya bole aapko bas yehi bacha hai. Why is black polythene used? ‘Put on white.’ Another one writes, ‘It appears that there will be a shortage of poly bags in the market now, urfi ma’am your trend look shocks the fans every time’. Simultaneously, one person wrote, ‘Means shopping bags are not to be thrown in the garbage?? We should give you “.